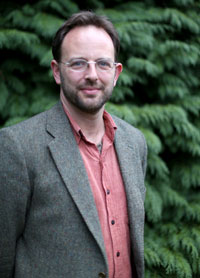 James Mark is Professor of History at the University of Exeter and Principal Investigator on the 1989 after 1989 project.

Most of his research has addressed the social and cultural history of state socialism and its collapse in central-eastern Europe, the politics of memory in the area during both socialism and post-socialism, or aims to connect the region to broader global histories and processes through transnational, entangled and comparative methods.

He is the author of The Unfinished Revolution: Making Sense of the Communist Past in Central-Eastern Europe (Yale, 2010), which was shortlisted for the 2011 Longman History Today Book Prize and chosen as one of the ‘best books of 2011’ by Foreign Affairs.

The Unfinished Revolution is available through Yale University Press and was discussed by James Mark on BBC Radio 4’s Thinking Allowed.

He is also co-author of Europe’s 1968: Voices of Revolt, published by Oxford University Press (2013) and Che in Budapest: Global Revolution in the Eastern Bloc (forthcoming).

with R Gildea, Voices of Europe’s ’68 (Special Issue of Cultural and Social History), 2011.

The Unfinished Revolution: Making Sense of the Communist Past in Central-Eastern Europe, London and New Haven, Yale University Press, 2010.

with P Apor, Che in Budapest: Global Revolution in the Eastern Bloc (forthcoming)

with M Bracke, ‘Between Decolonisation and the Cold War: Transnational Activism and Its Limits in Europe 1950s-1990s’ (special issue of the Journal of Contemporary History, forthcoming)

What Remains? Anti-Communism, Forensic Archaeology and the Retelling of the National Past in Lithuania and Romania, Past and Present, no. 206, 2010, 276-300

with B Tolmár, Connecting the Peaceful Roads to Socialism? The Rise and Fall of a Culture of Chilean Solidarity in Socialist Hungary 1965-1989, in ,