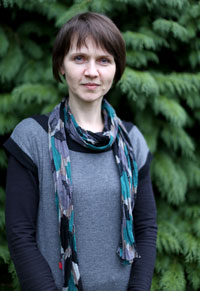 Nelly Bekus is a scholar with interests in state and nation-building under socialism and post-socialism, the role of cityscape in the construction of post-socialist identity, and the religious and the ethno-linguistic landscape in post-Soviet nations. She completed her PhD in 2007 at the Graduate School for Social Research, Polish Academy of Sciences, worked as an Assistant Professor at the University of Warsaw (2008-2012), and is currently an Associate Research Fellow in the History Department at the University of Exeter. 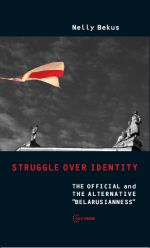 She is the author of one of the most important works on Belarussian identity: Struggle over Identity. The Official and the Alternative “Belarusianness” (Central European University Press, 2010).

She has also been in receipt of a number of prestigious scholarships, at the Institute of Human Sciences in Vienna (2003), the Remarque Institute, NYU (2007), and, most recently, as a Postdoctoral Research Fellow at the Davis Center for Russian and Eurasian Studies at Harvard University (2012-13).

Her research addresses the ways in which the systemic transformation of former Soviet republics has been reflected in the urban development of their capital cities, and how socialist urban habitus have been adapted to reflect altered political and social settings after the fall of socialism. It aims to connect macro and micro processes, examining how aspects of post-socialist transformation globally impacted upon urban landscapes; how post-Soviet national elites rework socialist legacies in the production of nationalized urban spaces; and how these shifts influence the practices and lived experiences of city-dwellers. The project is planned as a cross-disciplinary study, combining sociological and anthropological approaches to the study of changing and/or lasting socialist patterns of relations between state and space.

Whilst aiming to develop broader approaches to the post-socialist city, her own focus will be on the cases of Minsk (Belarus) and Astana (Kazakhstan). These countries represent two examples of post- Soviet states whose transformation did not follow the path towards consolidated democracy, but instead resulted in the establishment of authoritarian rule. Moreover, they have since 2010, become joined in a Customs Union (together with Russia) and have become involved in a project of Eurasian integration. This geopolitical choice can be seen both as an articulation of the countries’ strategies for further development  and a manifestation of their civilizational identities, as formulated by ruling elites – although  these narratives of identity are often contested by alternative political and cultural practices. This choice, in turn, appears to predetermine the patterns of relations between urban space, power and ideology in their capital cities.

Belarus and Kazakhstan share a similar approach to the ideological function of city as an element of the symbolic-ideological reshaping of society. The capital cities in both countries have been transformed into “townscapes of power” which embody the imaginary environments as conceived by political elites, and can be analyzed in the context of broader theoretical debates about the role of strong states in shaping urban space in the context of state modernization in the Middle East, China and Latin America.

The research project will contribute to a wider scholarly debate on the phenomenon of socialist cities and how their transforming landscapes affect the post-socialist experiences of city-dwellers and their perceptions of the socialist past. Strategies of urban post-socialist transformation were largely based on the full or partial adoption of the model of “the Western city” and produced phenomena such as socio-spatial stratification, gentrification, automobilization, suburbanization, etc. This project will explore the afterlife of second world urbanism in new political and social settings and make important interventions into debates over changing patterns of urban development in the context of globalization.

Nelly Bekus also published the chapter “Historical Reckoning in post-Soviet Belarus” in Transitional Justice and the Former Soviet Union: reviewing the Past and Looking Towards the Future, edited by Lavinia Stan and Cynthia Horne and published by Cambridge University Press, 2018 https://www.cambridge.org/core/books/transitional-justice-and-the-former-soviet-union/A6E31D626A85C971D3F1A37A766F60E6