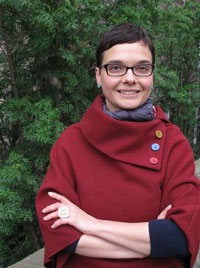 The last Cold War Summit of the Non-Aligned Movement (NAM) took place in September 1989 in Belgrade, Yugoslavia. The first point in the official declaration read as a self-fulfilling prophecy: ‘The world is at a crossroads: tension is no longer at breaking point, but neither is peace stable; stagnation is not general, but neither is development. While there may be reason for hope, there is no cause for undue optimism. The world must decide which way to turn, as we face new challenges as well as new opportunities.’ In a similar vein, Yugoslavia’s last foreign minister Budimir Lončar, in anticipation of the summit, stressed the ‘necessity to adopt the movement to the needs of the modern world’.

By the end of the 1980s, the global role that Yugoslavia had played – both as central participant within the non-aligned movement and as vigorous exporter of a specific form of socialism right up to the collapse of the system – was being seriously questioned. Elites increasingly critiqued their country’s international activities, reviewing the relevance and benefit of the non-aligned pillar in Yugoslav foreign policy, arguing for the need for Yugoslavia to turn away from the ‘Third World’ and turn towards Europe, and were increasingly critical the large amounts of money lent to non-aligned countries that were not paid back. Although the collapse of Yugoslavia has received extensive treatment across a range of disciplines through a ‘domestic lens’, the end of Yugoslavia’s global role, and the impacts this had both at home and abroad, have received  virtually no attention from scholars. This research will open up a field that has consequences not only for how we understand the end of the Yugoslav experiment, but also has the potential to place the decline and collapse of state socialism in a much broader, global context.

Her research seeks to trace the stories both of those who were the masterminds of this project and those who became the representatives or the beneficiaries of the formidable international/transnational web that socialist Yugoslavia constructed over the course of 45 years. It will additionally explore the ways these groups made sense of the end of Yugoslavia and the world in which it had played a major role. As the main European country in the non-aligned movement from 1961, Yugoslavia’s foreign policy and diplomatic activity (structured around principles such as anti-imperialism, safeguarding peace, nuclear disarmament, and equitable development, to name a few) was the backdrop for an impressive record of economic, technological, intellectual and cultural exchange, and the constant movement of ordinary workers, students, artists, skilled engineers and diplomatic personnel.

Employing a biographical/prosopography approach, her research will, through diaries, autobiographies, and oral histories, trace the experiences of a variety of groups: those involved in elite decisions surrounding the end of Yugoslavia’s global role; the stories of the many Yugoslavs who went abroad, became ambassadors for their country’s project and then came home; and the some of the foreigners who came into Yugoslavia as part of this process and then were affected by the collapse. In this sense, her project will map the history of the end of Yugoslavia’s global engagements not only as a subject/phenomenon associated with political/diplomatic history, but also as a broader societal project.

Ljubica Spaskovska (2012) “The Fractured ‘We’ and the Ethno-National ‘I’: the Macedonian Citizenship Framework”. In: Jo Shaw and Igor Štiks, Eds. Citizenship after Yugoslavia. London/New York: Routledge.

Ljubica Spaskovska (2010) “In Search of a Demos: Transformations of Citizenship and Belonging in the Republic of Macedonia”, CITSEE Working Paper Series 2010/11.

Ljubica Spaskovska (2008) “ReCommuNaissance – on the Phenomenon of Communist Nostalgia in Slovenia and Poland”, Anthropological Journal of European Cultures 17/1: 136-150.