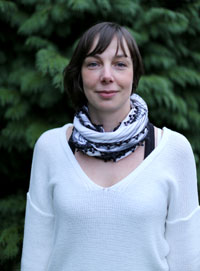 Dr Raluca Grosescu holds a PhD in Political Science from University of Paris X. Between 2011 and 2013, she was an Associate Researcher at the Institut de Sciences Sociales du Politique de Paris (CNRS), Associate Lecturer at Bucharest University, and Director of the Public Policy Department of the Institute for the Investigation of Communist Crimes in Romania. In 2013, she took up the post of Postdoctoral Fellow at the Centre for Advanced Studies Sofia and at the Institute for European Global Studies at the University of Basel. She is currently an Associate Research Fellow in the History Department at the University of Exeter.

Her current research interests centre on the relationship between post-dictatorial justice in different parts of the world, focusing for the most part on the cases of Eastern Europe and Latin America. Through examining the connections, entanglements, similarities and differences between these regions, she will explore the relationship between the global and the local in the practice of transnational justice. Dr Grosescu is also interested in the relationship between legal culture (and especially issues of human rights violations) and individual biographies of legal practitioners at moments of major political transformation. 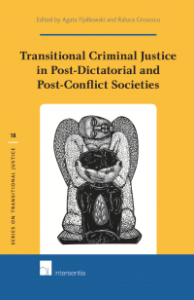 Most recently, Dr Grosescu has co-edited alongside Dr. Agata Fijalkowski, a collection on transitional criminal justice in post-dictatorial and post-conflict societies for Intersentia’s Series on Transitional Justice.